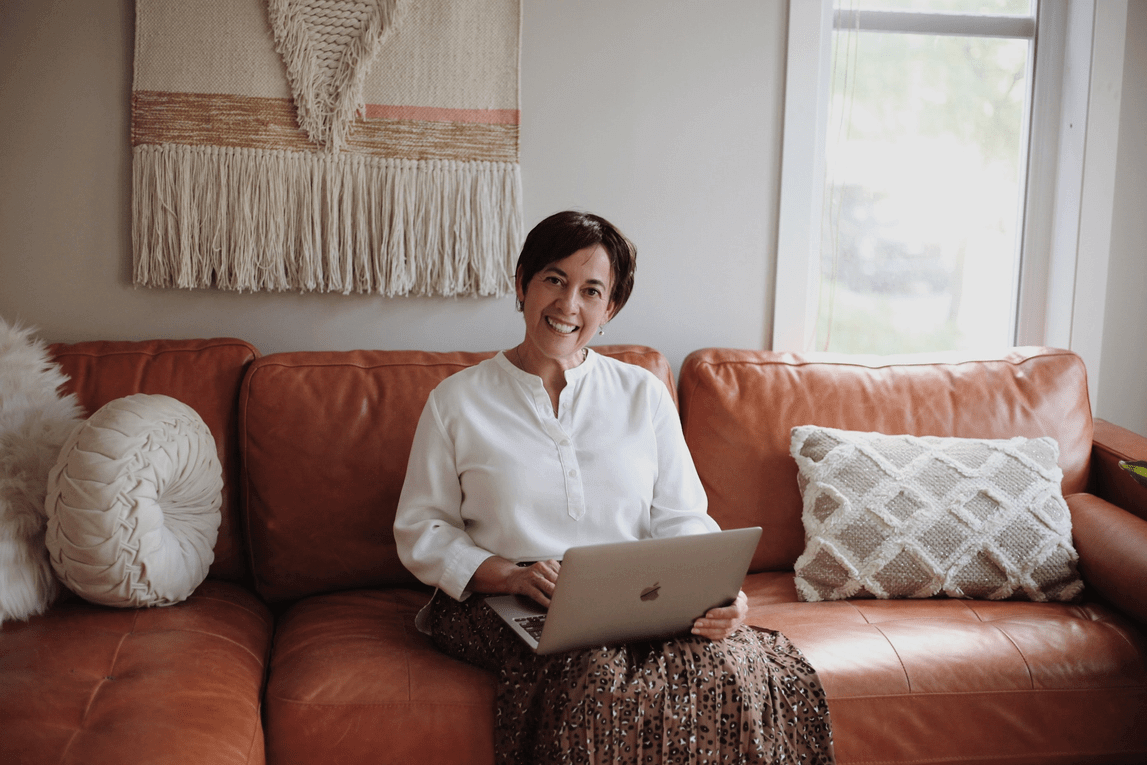 The US and Canadian populations are both rapidly aging. By 2030, 20% of all Americans will be of retirement age. Most American seniors and those approaching retirement age hope to age in place. Alongside other modifications, smart home devices and systems can help the elderly live independently for longer. Many seniors hoping to age in place are open to using smart home technologies. After all, more than three quarters of American seniors already own smartphones. However, many seniors worry that their privacy could be violated or their security could be compromised when using smart home tech. This is particularly concerning to seniors whose families or caregivers demand they install monitoring systems with continuous video feeds. Thankfully, there are many other smart home devices and systems that can help the elderly and aging without indignity. In this post, we examine the growing need for secure, user-friendly smart home tech for seniors aging in place. We also consider the willingness of seniors to adopt these technologies and which can help seniors without violating their privacy.

The American Population is Aging Rapidly According to a June 2020 release from the US Census Bureau, “the nation’s 65-and-older population has grown rapidly since 2010.” This population “grew by over a third…during the past decade, and by 3.2% from 2018 to 2019.” Just eight years from now, every Baby Boomer in the US will be 65 or older. Andrew Meola notes in Business Insider that this means “1 out of every 5 citizens will be of retirement age” by 2030. In Canada, seniors will make up 23% of the nation’s population by 2030. 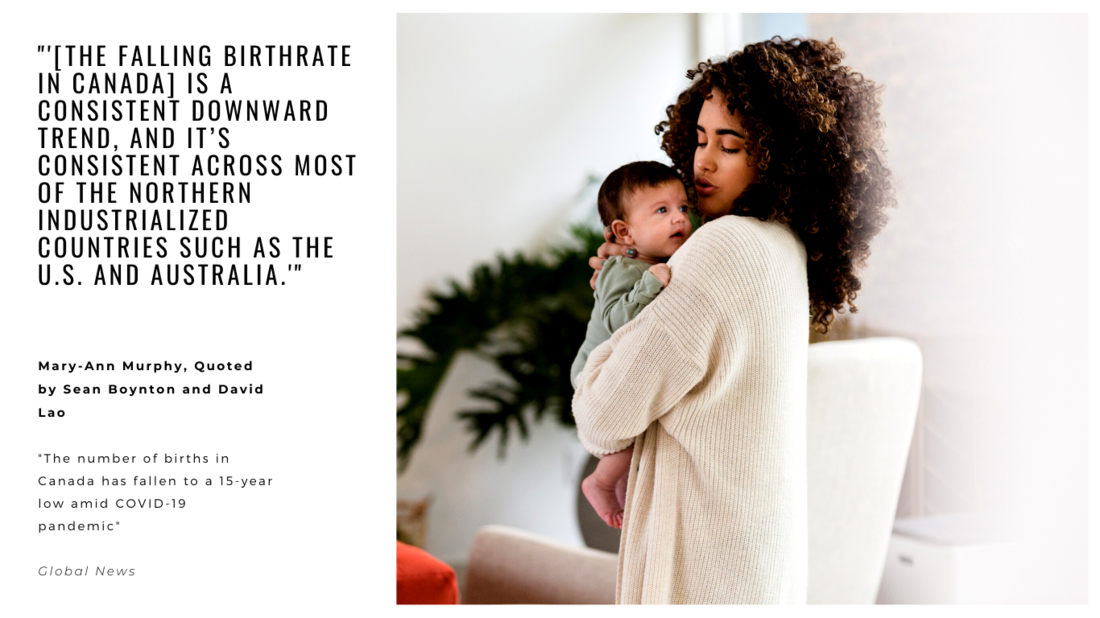 Our elderly population is growing while the labor force is shrinking due to falling fertility rates. Writing for PBS NewsHour last May, Courtney Vinopal notes that “Americans had fewer children…for the sixth year in a row.” In 2020, “births in the US decreased by 4% compared to 2019.” Americans of child-bearing age cite student loan debt, pressures at work and career uncertainty. They also cite geopolitical instability, climate change and caring for elderly parents as reasons why they are unlikely to expand their families. Canadians are having even fewer children than their American counterparts for many of the same reasons.

As the US and Canadian populations continue to age, the need for in-home care, care facilities and other health-related services is expected to rise in tandem. Unfortunately for our seniors, a shrinking labor force means less money for much-needed social programs. Meola writes that Social Security “began paying out more than it takes in” two years ago. This is “thanks to senior citizens and retirees starting to draw more from Social Security.” Helping seniors age in place independently by modifying their homes could reduce these costs. Thankfully, recent surveys have shown that most American seniors want to remain in their homes as long as they can.

More than three quarters of older Americans hope to age in place. Michelle R. Davis explains in her article “Despite Pandemic, Percentage of Older Adults Who Want to Age in Place Stays Steady” for AARP. Davis writes that the COVID-19 pandemic “has changed the way people live and their feelings about home and community." However, "it hasn’t affected older adults' desire to stay in their homes as they age.” According to AARP, “77 percent of adults 50 and older want to remain in their homes for the long term.” However, many seniors will need to modify their homes if they are to safely age in place.

Quoting research associate Linna Zhu from the Urban Institute’s Housing Finance Policy Center, Davis elaborates. Zhu tells Davis that “a portion of seniors are aging in place but are also stuck in place.” AARP’s survey results support this claim. A third of all respondents to AARP’s survey said they would need to “modify their current residence” for aging in place. Common modifications include widening doorways, adding ramps, lowering countertops and installing grab bars. Interestingly, almost half of all respondents “said they would need smart-home devices” too.

Failing to make these modifications could result in illness and/or injury amongst seniors aging in place. From hearing loss to vision impairment, there are many effects of aging that could make independent living dangerous. In “Smart Home Technology for the Elderly and the Need for Regulation” for the Journal of Environmental and Public Health Law, Jessica Cocco explains. Cocco writes that “some natural results of aging include: diminished sensory acuity, decreased mobility, stamina, and muscle strength." Others include "altered stability as well as altered mental clarity.” Each of these “natural results of aging” could prevent someone from safely living at home on their own.

For example, “altered mental clarity” and “diminished sensory acuity” could result in a house fire. On the other hand, "decreased mobility” and “altered stability” could result in a dangerous fall. According to the NIST, “thirty-two percent of all home fire deaths were among the elderly age 65 and older." This is shocking given that this group represents "only 13 percent of the U.S. population.” As for fall risk, the CDC reports that “more than one out of four older people falls each year." Furthermore, falling one time "doubles your chances of falling again.” 40% of elderly people over the age of 85 fall each year. Some falls – around 10% – result in major injuries that require hospitalization.

Certain smart devices and systems can help seniors track and maintain their physical, mental and emotional health. Others can improve safety for seniors aging in place. For example, certain smart sensors, valves and plugs can automatically turn on lights or shut off dangerous appliances. Illuminating hallways and dark corners at night can prevent falls while shutting off ovens and stoves after use can prevent house fires. However, many seniors are wary of smart home technology – citing concerns related to privacy and security. Seniors worry about manufacturers harvesting their data, strangers hacking their systems and family members tracking their movements without permission.

In “Ethics and acceptance of smart homes for older adults” for the Journal of Informatics for Health and Social Care, researchers consider these concerns. According to Pireh Pirzada and fellow authors, seniors “generally have a positive attitude” towards smart home tech. However, they repeatedly “raise ethical and technical concerns." These concerns regard "privacy, autonomy, beneficence, loss of social contact and ease of use." They also include concerns related to "control over the technology, ability to learn, lack of awareness, personalization and reliability.” As for privacy and security, Pirzada et al. write that “participants raised a concern about the technologies monitoring them." Many consider this “a loss of dignity in their own home.”

A large share of participants in a recent study referenced by Pirzada noted that controlling these devices and data themselves was important. This is because “not all the participants were willing to share their data with their families, staff and health-care providers.” Thus, seniors might only be willing to use smart home devices and systems that “ensure independence [and] dignity." At the same time, they must also offer "choice of control over technology and information sharing.” In general, seniors prefer smart home systems they can edit or alter rather than those that are fully automated. Systems and devices controlled by a caretaker or family member can make seniors “feel vulnerable.” 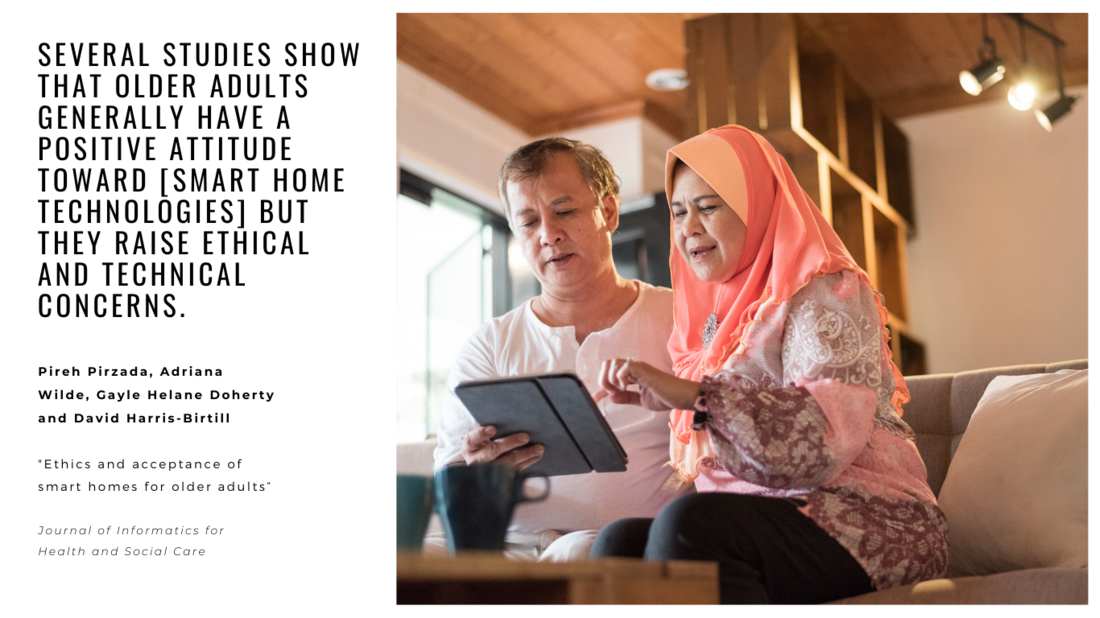 As mentioned above, senior citizens also worry about the security of smart home systems and devices. In fact, American users of every age group express similar concerns. Douglas Broom explains in his article “5 surprisingly hackable items in your home” for the World Economic Forum. Referencing a recent survey, Broom writes that “over two-fifths of Americans use smart home devices, more than double the number of Europeans.” Of the Americans surveyed who use smart home devices, a whopping 98% “are worried about privacy threats from using them.” Canadian users have expressed similar concerns. A PR Newswire press release notes “40 per cent [of Canadians] have privacy concerns.” According to Broom, smart TVs, video doorbells, smart security systems, smart garage door openers and smart baby monitors are all “surprisingly hackable.” Information gathered by these devices and transmitted over the internet is rarely encrypted, making it vulnerable to hackers.

Of course, hacker intrusion is not the only data security issue posed by smart devices and systems. Users also worry about data harvesting by the companies that develop, manufacture and sell these technologies. Aimee Tariq explains in her article “The Challenges and Security Risks of Smart Home Devices” for Entrepreneur. Referencing a 2019 Pew survey, Tariq notes that “54% of smart speaker owners are concerned about the amount of personal data their speakers collect.” Most users do not want the data collected by their smart hubs or speakers shared with law enforcement, marketing companies or other third parties. 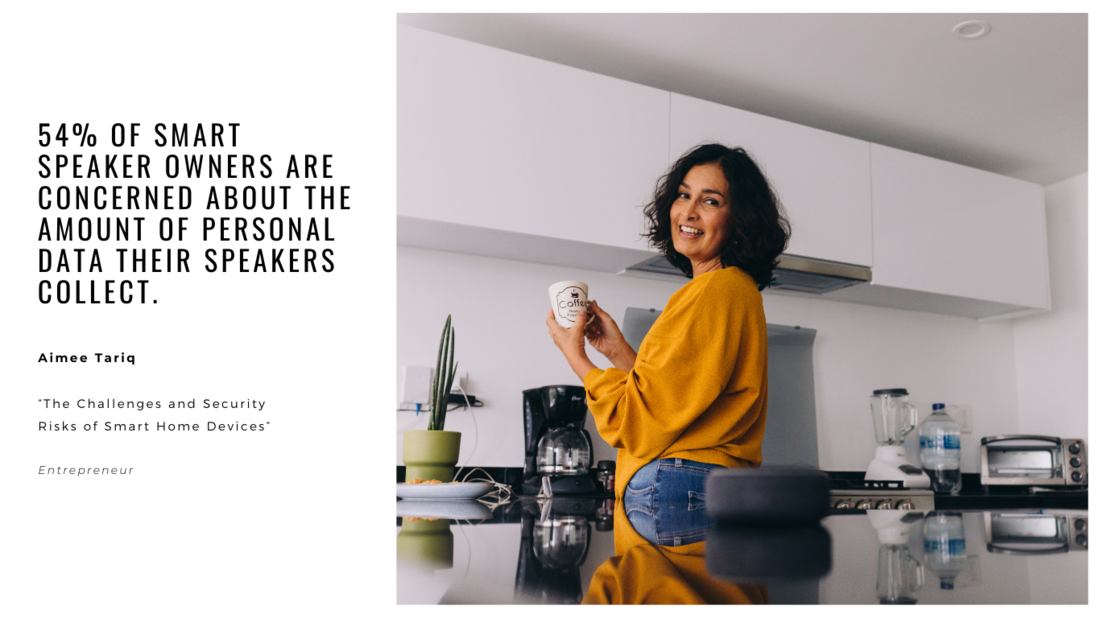 Despite these risks, senior citizens are still willing to use smart devices and systems. In “Stewardship of Smart Devices Security for the Aging Population” for the 2021 European Symposium on Usable Security, Lorenzo de Carli et al. explain. They write that security concerns “are not a barrier for acceptance” of smart home tech amongst the elderly. Referencing a 2020 survey from AARP in her article “Retirees, Transform Your House Using Smart Home Technology” for Kipling, Jackie Stewart supports this claim. Stewart writes that “the percentage of adults 50 years and older that own smart home technology nearly doubled in just a year.” It increased from just “10% in 2019 to 19% in 2020.” Seniors have repeatedly demonstrated that they are not tech-averse. More than three quarters – around 80% – of seniors use smartphones. As outlined above, seniors aging in place often bristle at the idea of installing smart monitoring systems or displays in their homes. Privacy and security concerns aside, these technologies can only offer so much help to seniors in need. Seniors with significant mobility and/or cognitive issues in homes without other necessary modifications might still be unsafe.

Quoting Dr. William Dale in an article for Wirecutter from The New York Times, Rachel Cericola explains. Dr. Dale – who is also Director of the Center for Cancer and Aging Research at City of Hope – notes that cameras “‘can only observe.'” These systems still require someone to continually monitor the footage “‘and act quickly if a dangerous situation occurs.'”

From Smart Blinds to Motion Sensors: A Brief Look at Smart Home Tech for Seniors

For those who can safely age in place with a bit of support, there are many smart home technologies that do not violate privacy. One alternative to a constant video feed that could feel like a breach of privacy and denial of dignity is a smart motion sensor. These sensors are connected to a camera that takes photos or records short videos if it detects swift movement. Other devices that support health, wellness and safety of seniors aging in place include those below.

Smart light bulbs can illuminate hallways and stairs to prevent falls. Plugs and energy systems can recognize and shut off stoves or space heaters that have been on too long, preventing fires. Smart valves can prevent floods and protect users from slipping on wet surfaces by turning off faucets and spouts. Lastly, smart blinds can regulate a home’s temperature and exposure to sunlight, both of which could help maintain the owner’s circadian rhythm. This is especially significant in older adults as our circadian systems “[progressively lose function with age.” We explore the benefits of smart blinds for seniors aging in place further in an upcoming post. 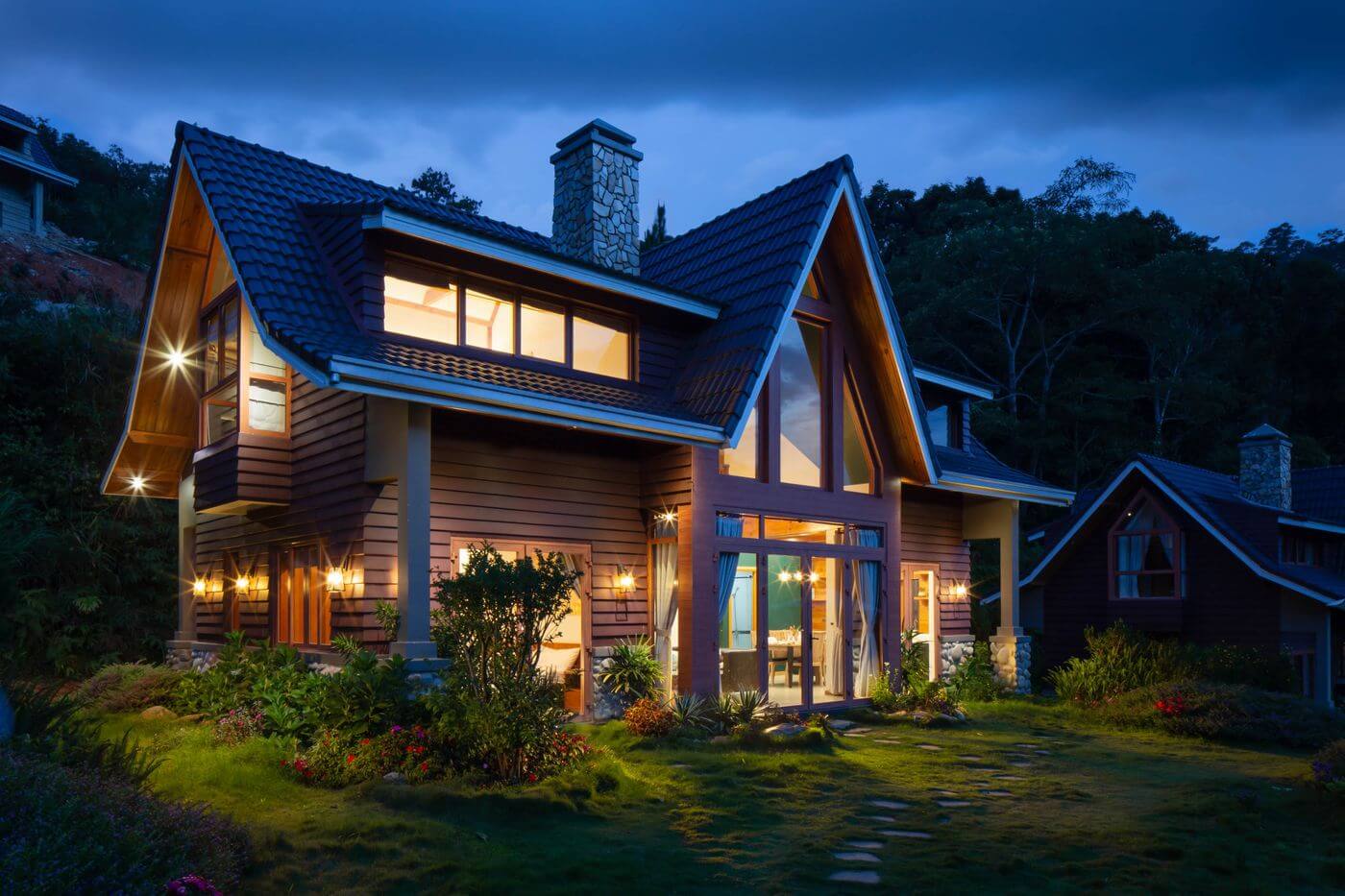 A Guide to Passive Heating and Cooling with Smart Blinds 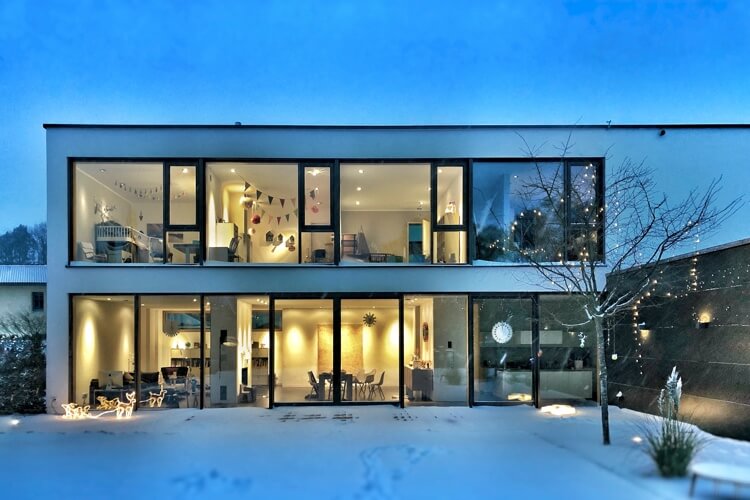 How to build your smart home today